How Safe Is My Neighborhood ? Follow My Tips For Selecting A House - Into The Jungle

How Safe Is My Neighborhood ? Follow My Tips For Selecting A House

When looking to buy a new home, not all of us are fortunate enough to search for a tract of land that stands “off grid.” Proximity to work, airports, schools, hospitals, or ailing parents can be factors that restrict us to a more urban area — or perhaps you’re an irrepressible extrovert, requiring you to throw frequent parties for your hipster friends.

Either way, if you search the web for assistance in house-hunting tips, you’ll find that same old crap — mortgage payments, market value, homeowner association dues, and utility bills seem to be the normal search results. Thanks, Google.

Though all of this is important, there are ebbs and flows to the market, and perhaps to your income as well. But what is constant throughout is the chunk of terrain on which your home sits.

What to look for

With the help of your real estate agent and Google, you can assess the typical things folks might consider — the neighborhood, prevailing home values, school districts, crime rates, taxes and fees, and so on. Let’s focus on other key characteristics that aren’t discussed as often.

As a recent home shopper myself, I found myself in a predicament where my real estate agent and I were not speaking the same language.

For some odd reason, she wasn’t savvy to my needs of having interlocking sectors of fire covering all enfilade in small-arms range, and for my concern of any defilade aiding enemy foot patrols. Who would have guessed? To some degree, you’re not selecting a domicile, but a patrol base. As defined by the U.S. Army’s Ranger Handbook, a patrol base is a security perimeter that is set up when a squad or platoon conducting a patrol halts for an extended period. Patrol bases are used:

You want your home to be easily defendable. There should be minimal blind spots that would aid in undetectable ingress of a would-be intruder. Holly shrubs directly next to the home and under windows offer great obstacles for creepers, but those same bushes in the yard also provide blind spots for said creeper. These blind spots can be classified as defilade. In military tactics, the terms and defilade refer to how a formation is exposed to enemy fire.

For example, if a group of thugs are walking up a long driveway in single-file formation toward your home, and you have a position to their side where you’re flanking them and can fire across the entire line, they’re enfiladed.

Another one of my important search criteria is a garage. A garage is important for loading and unloading any sensitive items. We don’t need to provoke any rubberneckers who want to get their dick-beaters on our crap. If you can’t swing a garage, perhaps a car port on the house’s blind side that offers some privacy.

According to FBI statistics, a house, apartment, or condominium is burglarized once every 15 seconds. Fortunately, burglary is probably the most preventable of crimes.

By taking a few simple precautions, you can dramatically reduce the risks.

Most home burglars don’t give great amounts of thought to planning the job and assessing the benefits versus dangers, but understanding how they typically choose a target can go a long way in reducing your chances of being a victim.

Most Burglars Look For:

Consider your assets and liabilities. Back into the home’s driveway, get a good look, and listen. In patrolling, this is called adjusting to the sounds and sights of the battlefield. A rental home with poor tenants will become malignant. Only crap wants to live next to crap.

Look for signs of lack of personal pride. Trash in the yard with poorly maintained homes are indicators that previous occupants or potential neighbors do not care.

These are red flag issues. These are liabilities. It’s an asset to have neighbors who are military or law enforcement because they’re not only more vigilant, but also often work odd hours of the day.

As a result they often return home during the witching hours, keeping demons at bay while we’re on rest cycle. Additionally, old farts are good lookyloos who are adept at seeing suspicious acts at all hours of the night — does the refrain “I don’t like the look of those teenagers” sound familiar?

Another Internet tool that you may want to utilize are sex offender registry sites. If you haven’t visited one of these to research your current area or an area of interest, you may be shocked to see what will pop up on the screen. A cul-de-sac offers the security of low traffic flow and no opportunity for casers to make low-vis drive-bys.

But that cuts both ways, as there’ll be only one way in and out for you too. This is not preferable when selecting a patrol base.

When you go house hunting, consider any potential home’s proximity and routes to your work, how the home is situated on the lot, ease of access, noise from neighbors, and traffic. Egress and ingress to and from main veins should be a priority in your search criteria.

If things go south and you need to pull pitch and bug out, you don’t want to be bogged down by everyone else doing the same thing at the same time.

If you select a home deep in a subdivision full of 25-mph speed limits, small winding roads, and cookie-cutter homes, you’ll be sh*t out of luck trying to egress with any sense of urgency. Do a walk around the property and ask yourself how you would break into it. If it offers too many easy answers, this may not be your home. 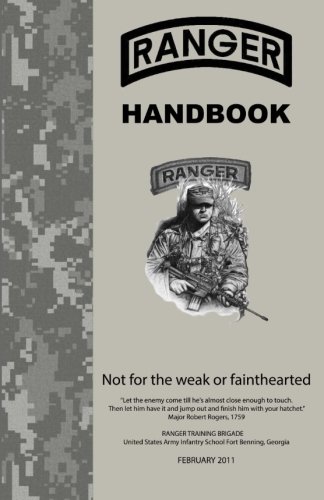 Do the same thing from the inside, but in reverse. Ask yourself if it would be easily defendable if under siege. Does it offer you a good bead on avenues of approach? Does it offer the ability to escape to safe haven if overrun? Keep in mind that you’re not only selecting a home, but a fortress.

Though this article has some hyperbole and facetious banter, tips from a Ranger Handbook on how to select a patrol base really can be useful — to some degree — when selecting a home. Keep these considerations in mind, think critically throughout your search process, and you’ll find your own personal fortified castle

Editors Note: A version of this article first appeared in the December 2015 print issue of Recoil.