From Flu Viruses To Bioterrorism Attacks, You Must Be Prepared - Into The Jungle

From Flu Viruses To Bioterrorism Attacks, You Must Be Prepared

Zombies. If you believe pop culture, the next big health crisis facing the united states is a zombie apocalypse. Of course, we’re more susceptible to common threats such as influenza, E. coli, smallpox and malaria carried by those we meet, the water we drink and pesky insects … but taking a few simple steps can help keep you and your family healthy.

According to the Centers for Disease Control and Prevention (CDC), this past winter brought about the earliest influenza outbreak the U.S. has faced in nearly a decade. Flu season typically runs from October until March, with the highest number of cases occurring in January or February. At its peak, the CDC reported that 47 states experienced widespread geographic flu activity. In short, it was a national epidemic. There are special groups that are more at risk of suffering the effects of the flu or other communicable diseases.

CDC Director Dr. Tom Frieden says this group includes “frail, elderly people who may have had cancer or chemotherapy, or people who may have weakened immune systems or are on medication such as long-term oral steroids that can also weaken the immune system. The irony is that these people are far less likely to get the benefit of vaccines available to combat these diseases, as well.”

The flu varies wildly from year to year, which is why new vaccines are available each season. But few variations have raised as much concern as the outbreak of H1N1, also known as the swine flu, in April of 2009.

At the time, the CDC and other global health organizations were preparing and responding to the possible spread of H5N1, the bird flu. But H1N1 proved a more aggressive strain, and within the span of a year, the CDC estimates that between 43 million and 89 million cases of 2009 H1N1 occurred in the U.S. alone.

H1N1 quickly became a pandemic, meaning that multiple countries were at risk of contracting the disease.

The rules of what qualifies as a pandemic are similar to those of an epidemic—the spread of the disease and the number of deaths it causes. The CDC issued travel health warnings to help limit the propagation, encouraging U.S. citizens to delay travel to multiple countries.

Once the widespread H1N1 activity in the U.S. began to wane, the CDC estimates that between 8,870 to 18,300 people died of the virus. Flu vaccines in the U.S. were quickly developed to combat the spread of the virus.

Variations of 2009 H1 flu continue to circulate, but Dr. Joe Breese of the CDC indicates that the numbers in the U.S. remain low. “We’re not seeing much of the 2009 H1 virus yet so far this year, though it should be said that Europe and other places in the world are,” he says. “We know that influenza viruses in a given country, in a given city, in a given region will vary from year to year and in unpredictable ways.” 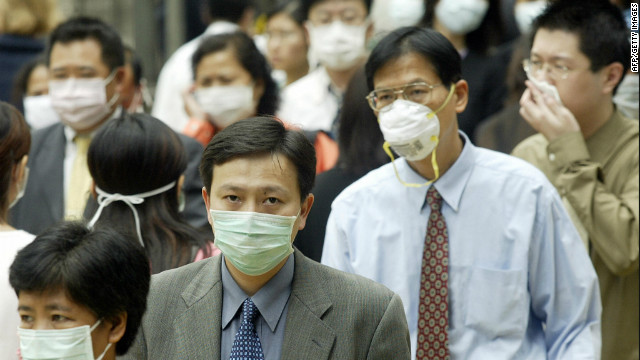 Epidemiological threats can also originate outside of the U.S. In February 2003, the first case of severe acute respiratory syndrome (SARS) was reported in Asia. The respiratory virus quickly spread to more than two dozen countries in North America, South America, Europe and Asia before being contained. Worldwide, 8,098 people became infected with SARS, of whom 774 died according to World Health Organization (WHO) statistics.

Only eight cases were recorded in the U.S., and each person had traveled to another part of the world with widely spread outbreaks of SARS. Today, the CDC continues to monitor SARS activity should the disease once again become prevalent. Influenza-related viruses are just one type of disease that have the potential to become epidemics, both in the U.S. and abroad.

Other threats include meningitis, norovirus (stomach flu), whooping cough and tuberculosis. But many scientists and epidemiologists are wary of a reemergence of smallpox, a contagious and sometimes fatal infectious disease for which there is no cure.

Smallpox, characterized by raised bumps that appear on the face or body of an infected person, has been eradicated by a worldwide vaccination program. Per the CDC, the last known case of smallpox was recorded in Somalia in 1977, and the last case in the U.S. occurred in 1949.

The successful elimination of naturally recurring cases led worldwide health practitioners to stop vaccinating the general public against smallpox. Dr. D.A. Henderson, who led the WHO’s global assault against smallpox, explains. “It only existed in man, not in animals,” says Dr. Henderson. “People who were infected either recovered and became immune or they died. So we just had to stop the spread from human to human.

We saw the virus as a chain. If we could just break the links, we could prevent many more cases.” But today’s global political turmoil, particularly following domestic terrorist attacks in 2001, has led many to fear that a bioterrorism plot would resurrect the disease. The CDC reports that the government is taking precautions to deal with a possible smallpox outbreak.

Vaccines aren’t just for kids anymore, advises the U.S. Centers for Disease Control and Prevention (CDC). Many adult diseases can be prevented by up-to-date immunizations, some of which are started in early childhood, a few of which are listed below:

Regardless of the nature of the potential disease poised for outbreak, protecting yourself from infection is key to avoiding contracting any illness.

Thankfully, there are some common sense steps to take should you come in contact with any potential carriers. “The best way to protect yourself from the flu is to get a flu shot,” says Dr. Frieden. “This past season, those who got a flu shot were 60 percent less likely to get sick with the flu and spread it to their families. While the flu vaccine is far from perfect, it’s still the best tool to prevent getting sick.”

Dr. Frieden also recommends staying home if you or your family members exhibit any symptoms of illness, be they from the flu or other diseases. If you are planning any trips abroad, pay attention to global travel advisories.

Know which areas pose the largest risks for disease prior to traveling, and follow medical advice if you are going to a high-risk area.

For instance, those traveling to Africa—a region where mosquito-borne malaria is extremely prevalent—are often advised to take a series of anti-malarial drugs, as well as use insect repellent. Likewise, those who are traveling via cruise ship have been warned to look out for the symptoms of norovirus, where contamination is difficult to contain. The CDC also advises staying current on your vaccinations.

People can avoid or lessen the effects of many diseases that can trigger an epidemic. “Childhood vaccines routinely get well over 90-percent efficacy,” says Dr. Frieden. “Many of the vaccines last longer than a year and cover a wide variety of the subtypes of each disease.” Above all, Dr. Frieden stresses that you should wash your hands. “This simple act can reduce your chance of illness from flu and other diseases transmitted by close contact,” says Frieden.

Editors Note: A version of this article first appeared in the 2013 print issue of American Survival Guide.